Kiljan is a fantastic four gaiter, and has great record in T1

Kiljan is an unusually talented tölter.   Her participated in his first T1 competition when he was barely 5 years old, and scored over 7!  The following year he was already scoring over 8 in finals.   The following year he was third in the National Championships, following the World Champion Þokki frá Efstu-Grund and another WC finalist, Jarl frá Miðfossum.   That was his last season here in Iceland as he lives now in Denmark, but hasn´t competed much since he was exported. 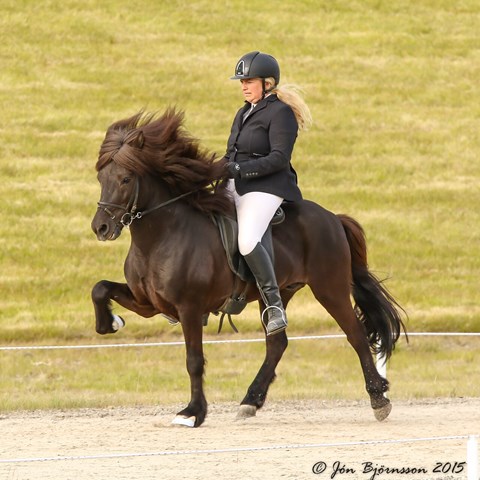