Kría was always the queen of the herd. She would stand somewhere, often a little bit aside the rest of the herd with her neck raised, and alert attitude. That pose usually made her look just about 20 years younger than she actually was..

Magnús bought Kría when she was five years old. He trained her and showed to first prize in 1987. Kría recieved 9,0 for tolt, which was very uncommon at the time, and only given to very good tolting horses. Well, Kría has lived to expectations. She has given us great offspring, among them three with first prize, but unfortunately some of them have been hurt or sick and not been able to prove themselves in a breeding judgement. Four of Kría´s daughters have played and important role in our breeding herd.  Characterizing attributes of Kría and her offspring are high raised, and long neck, very good, supple tolt with very high leg action. 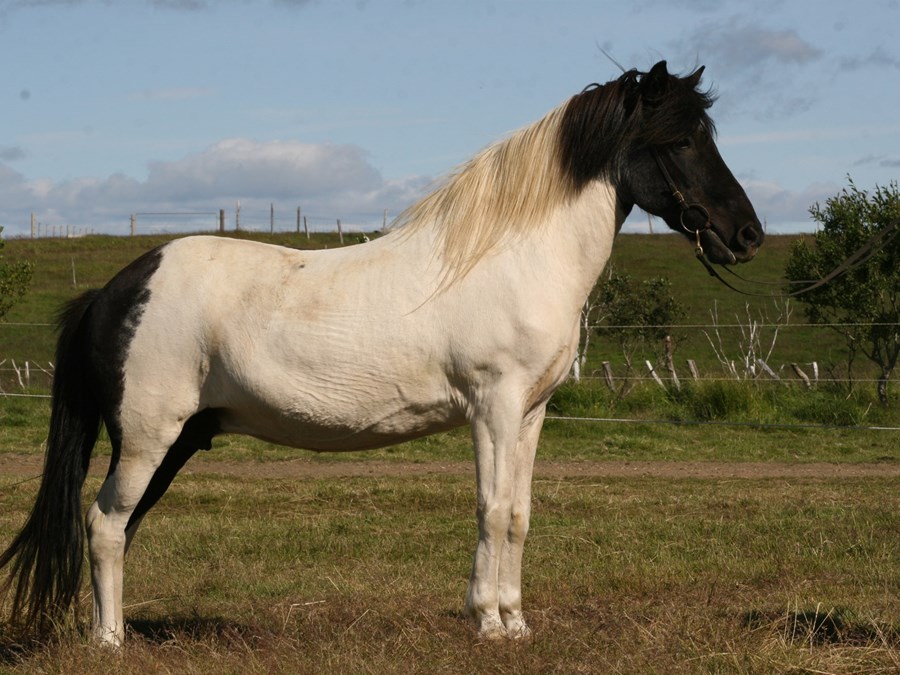 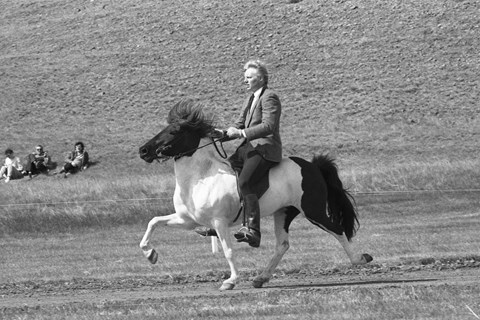